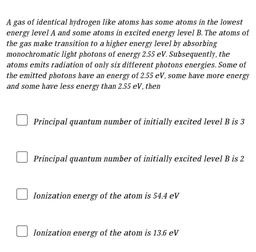 A robot spacecraft returned samples from the planetesimal 98765 ALEKS, located in the outer Solar System. Mass spectroscopic analysis produced the following data on the isotopes of molybdenum in these samples: mass relative Isotopel camu) abundance Mo 95.90 51% 100 Mo 99.91 49.% Use these measurements to complete the entry for molybdenum in the Periodic Table that would be used on 98765 ALEKS. Round your entry for the atomic mass to 2 significant digits. Caution: your correct answer will have the same format but not necessarily the same numbers as the entry for molybdenum in the Periodic Table we use here on Earth X ? Me 0