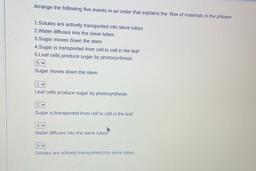 QUESTION 5 What mode explains how carbon dixoide enters a leaf? O It is dissolved and is transported from roots to leaves in the xylem It is moved by active transport into the leaf by special cells called guard It diffuses through the epidermis into the mesophyll It passes through openings called stomata on the leaf surface Atmospheric pressure forces CO2 through pits on the leaf surface QUESTION 6 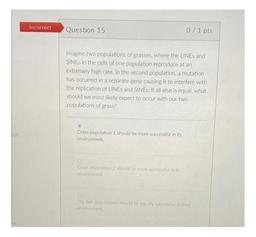 5. What do dendritic cells do! 6. Two intravenous drug users are sharing needles. One gets sick and the other does not. Which variations in host factors could lead to this difference? Explain your answer. 7. In detail, what do B cells do? 8. Why is exercise important for the immune system? 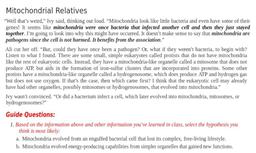 Mitochondrial Relatives “Well that's weird,” Ivy said, thinking out loud. “Mitochondria look like little bacteria and even have some of their genes! It seems like mitochondria were once bacteria that infected another cell and then they just stayed together. I'm going to look into why this might have occurred. It doesn't make sense to say that mitochondria are pathogens since the cell is not harmed. It benefits from the association." Ali cut her off. “But, could they have once been a pathogen? Or, what if they weren't bacteria, to begin with? Listen to what I found. There are some small, simple eukaryotes called protists that do not have mitochondria like the rest of eukaryotic cells. Instead, they have a mitochondria-like organelle called a mitosome that does not produce ATP, but aids in the formation of iron-sulfur clusters that are incorporated into proteins. Some other protists have a mitochondria-like organelle called a hydrogenosome, which does produce ATP and hydrogen gas but does not use oxygen. If that's the case, then which came first? I think that the eukaryotic cell may already have had other organelles, possibly mitosomes or hydrogenosomes, that evolved into mitochondria.” Ivy wasn't convinced. “Or did a bacterium infect a cell, which later evolved into mitochondria, mitosomes, or hydrogenosomes?" Guide Questions: 1. Based on the information above and other information you've learned in class, select the hypothesis you think is most likely: a. Mitochondria evolved from an engulfed bacterial cell that lost its complex, free-living lifestyle. b. Mitochondria evolved energy-producing capabilities from simpler organelles that gained new functions.