D) All of the above. 17. If a molecule of CO2 released into the blood in your left toe travels out of your nose, it must pass through all of the following structures EXCEPT the A) right atrium B) pulmonary vein C) alveolus D) trachea E) right ventricle 18. Which of the following conditions favor the unloading of O2 by hemoglobin? 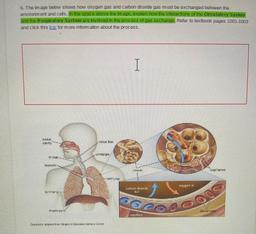 mago bolow shows how anyon gas and carbon donde oss must be exchanged between the vironmentand cols. intha poboma lelaki melancongane Qumoulon suscem and the Roman Sulemande process to change. Beter to beatbock pocos 1001-1003 and click on me or more infomation about the process. I NA be CS nep ES BO Stuna n' HIT 131 pelar dan 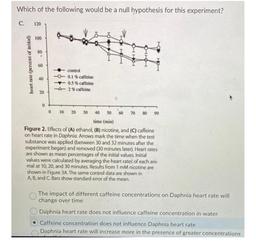 The Skeletal System Blood Cells and Platelets: Blood Cells: Brings oxygen to the tissues in the body and releases to your lungs for you to exhale. Blood Cells: An essential part of the and help the body fight infection and other diseases Platelets: Help your blood to when tissues are damaged and stop the .

please help me Copy of What is NOT a way to test the requirement of yg (your favorite gene) in heart development? A. Knock-down yſg using RNAI B. Over-express yfg in the heart using a transgene C. Romove yſg in the heart using Cre/LoxP D. Cross heterozygous carriers for amorphic yſp mutations together and examine whether 1/4 of them have heart colects E. Knock-out yſg using CRISPR/Cas9 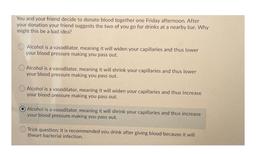 Question 13 2 pts Of the following, which is the least likely to isolate from a surface wound site (such as a scraped knee)? O Facultative anaerobes O Microaerophiles O Aerotolerant anaerobes O Anaerobes O Aerobes

Question 19 (5 points) Which statement is true? Good writers never use exclamation marks. An imperative sentence is a command. Commands are followed by an exclamation mark. Rhetorical questions are used only in satirical writing.