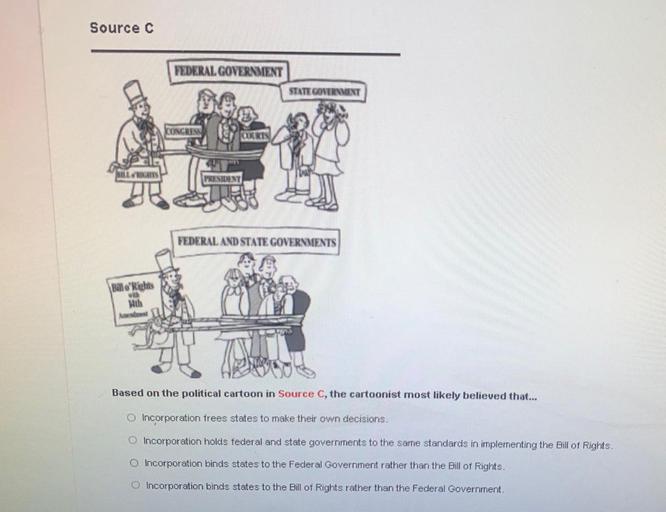 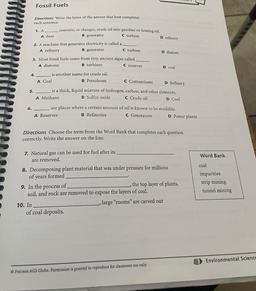 Fossil Fuels Directions Write the letter of the answer that best completes each sentence. 1. A converts, or changes, crude oil into gasoline or heating oil. B generator C turbine A dam D refinery 2. A machine that generates electricity is called a A refinery B generator C turbine D diatom 3. Most fossil fuels come from tiny, ancient algae called A diatoms B turbines C reserves D coal 4. is another name for crude oil. A Coal B Petroleum C Contaminate D Refinery 5. is a thick, liquid mixture of hydrogen, carbon, and other elements. A Methane B Sulfur oxide C Crude oil D Coal 6. are places where a certain amount of oil is known to be available. A Reserves B Refineries C Generators D Power plants Directions Choose the term from the Word Bank that completes each question correctly. Write the answer on the line. 7. Natural gas can be used for fuel after its are removed. Word Bank coal 8. Decomposing plant material that was under pressure for millions of years formed 9. In the process of the top layer of plants, soil, and rock are removed to expose the layers of coal. 10. In large “rooms” are carved out of coal deposits. impurities strip mining tunnel mining Environmental Science Pearson AGS Globe. Permission is granted to reproduce for classroom use only.