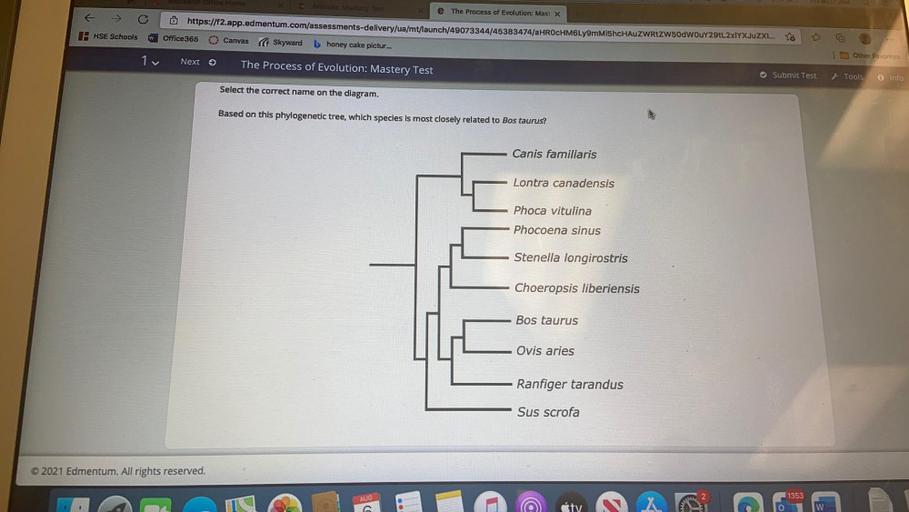 11:287 AD https://admin252.acellus.com/StudentFunc o Unit 7 Exam Status Exam 13 Weaving text into a Literary Analysis: Which type of quote is Sample #3? A. a quote isolated from the rest of the writing - sometimes called "quote vomit" B. a quote woven into the syntax of the writer's own sentence structure C. a quote that uses brackets [] to make the sentence fit grammatically Weaving Textual Evidence Into a Literary Analysis Essay It is important that we not only find the [5 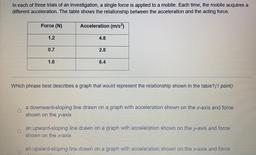 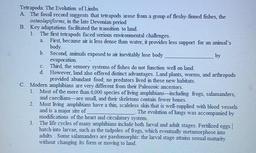 a. Tetrapoda: The Evolution of Limbs A. The fossil record suggests that tetrapods arose from a group of fleshy-finned fishes, the osteolepiforms, in the late Devonian period B. Key adaptations facilitated the transition to land. 1. The first tetrapods faced serious environmental challenges. First, because air is less dense than water, it provides less support for an animal's body. b. Second, animals exposed to air inevitably lose body by evaporation c. Third the sensory systems of fishes do not function well on land. d. However, land also offered distinct advantages. Land plants, worms, and arthropods provided abundant food; no predators lived in these new habitats. C. Modern amphibians are very different from their Paleozoic ancestors. 1. Most of the more than 6,000 species of living amphibians, including frogs, salamanders, and caecilians are small and their skeletons contain fewer bones. 2. Most living amphibians have a thin, scaleless skin that is well-supplied with blood vessels and is a major site of The evolution of lungs was accompanied by modifications of the heart and circulatory system. 3. The life cycles of many amphibians include both larval and adult stages. Fertilized eggs | hatch into larvae, such as the tadpoles of frogs, which eventually metamorphose into adults. Some salamanders are paedomorphic: the larval stage attains sexual maturity without changing its form or moving to land.