1. "When cobra venom is introduced into the body it moves along the bloodstream to the diaphragm muscle. It works as a postsynap 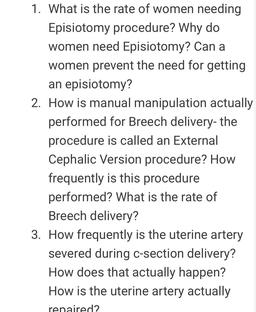 1. What is the rate of women needing Episiotomy procedure? Why do women need Episiotomy? Can a women prevent the need for getting an episiotomy? 2. How is manual manipulation actually performed for Breech delivery- the procedure is called an External Cephalic Version procedure? How frequently is this procedure performed? What is the rate of Breech delivery? 3. How frequently is the uterine artery severed during c-section delivery? How does that actually happen? How is the uterine artery actually renaired2 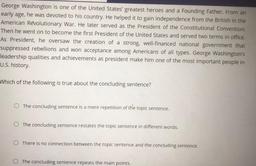